How to Install Python 3.x on CentOS 7

In this tutorial we’ll be learning how to install Python 3.6 and Python 3.7 on a server running Centos 7.

Python is a general purpose object oriented programming language that’s been growing in popularity at an incredible rate.

Not only has it been popular for it’s use in a wide range of areas, but it is also one of the easiest languages to learn. It’s a great programming language for beginners and experienced developers. It’s versatile and fast to learn and implement.

On top of all that, it’s also seen an explosive growth with the increasing rise of machine learning and AI.

CentOS 7 already comes with a pre-installed version of Python, unfortunately it’s much older, so we’ll have to install the latest version ourselves.

In this tutorial we’ll install Python 3 using two methods. The reason for this is that the latest Python version is not always available in Yum repositories, and versions from repositories are pre-compiled, so we have less control over them.

Get a High RAM VPS at Entry-level Pricing

Take your pick from our KVM VPS that offer a generous amount of RAM at an affordable price. We've got 5 plans for you to choose from, our smallest featuring 2GB RAM at $6.99/mo.

Pick one of our KVM plans

Method #1 – Installing Python 3.6 on Centos 7 from a Repository

This is the easier method to install Python on your machine.

For this, we’ll use Software Collections (SCL). SCL is a community project that allows us to install multiple versions of software on the same system, without affecting default packages. By using SCL we have access to newer versions of packages that aren’t available in the core repositories.

CentOS 7 comes with Python 2.7.5 built-in, which is critical to CentOS. By installing different versions of Python alongside the default v2.7.5, we won’t affect system tools such as `yum`, so they’ll continue to work properly.

To enable SCL we’ll have to install the CentOS SCL release file. To do this run:

Step 2 — Install Python 3.6 from the Repository

Now that we have access to the SCL repository, we can install any version of Python they have available. You can easily search their website to see their pre-compiled Python versions. Currently, the available versions of Python 3 are:

In this tutorial, we’ll install the latest one, which is Python 3.6. To install it on our CentOS 7 machine, run the following command:

Now you should have Python 3.6 installed.

If you check what Python version you have, you should see the following:

What you’re seeing is the version that comes with CentOS 7, that’s the default in your current shell.

You can use the new Python 3.6 version that you just installed, by running the following command:

What we’ve just done is to use the Software Collection `scl` tool to launch a new shall instance in which the default version of Python we use is 3.6.

The command `scl` calls the script `/opt/rh/rh-python36/enable` which changes the shell environment variables.

Do keep in mind that Python 3.6 is the default Python version only in this shell session. If you exit the session, and open a new one in the terminal, then the default version will be v2.7.5.

This method of installing Python is the more difficult approach, and it will take a bit longer. An advantage to this is that you’ve got more control over it.

Please keep in mind that Yum will not know that you’ve installed a software if you manually compiled the source code. That means that no updates will be available if you’ve manually installed it.

Before installing Python, we’ll need to install the necessary tools and libraries to compile and install programs on your system. To do install these prerequisites, run the following comand:

Now we’ll download the latest version of Python 3 available on the official site – the latest at the time of writing is Python 3.7.1.

You may be following this tutorial at a later time than time of writing. To find the latest version visit Python.org > Downloads > Source code, click on the latest release and scroll down to Files. What we’ll need to download on our machine is the Gzipped source tarball.

Next, we’ll extract the package:

With the source downloaded, we'll now compile the Python 3.7.1 source code using `altinstall`. We use `altinstall` to install the new version of Python without replacing the default Python 2.7.5 that is used by CentOS 7.

This may take quite a while, depending on your machine.

Once the installation is finished, check your Python version. To do this, we'll use the command `python3.7` instead of the usual `python` command:

We hope one of these methods of installing Python 3.x on CentOS 7 come in handy. If you've encountered any issues then don't hesitate to leave a comment or contact us and we'll get right back to you ASAP.

If you're on the search for a good deal on a CentOS 7 server to run your Python projects then be sure to check out our Linux KVM Plans. We offer affordable VPS starting at 2GB RAM for $5.99/mo.

Get a High RAM VPS at Entry-level Pricing

Take your pick from our KVM VPS that offer a generous amount of RAM at an affordable price. We've got 5 plans for you to choose from, our smallest featuring 2GB RAM at $6.99/mo.

Pick one of our KVM plans 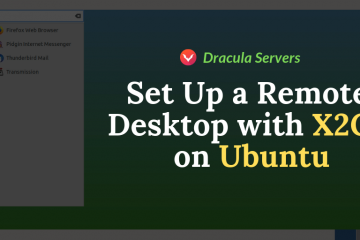 Windows Servers are the main candidate for Remote Desktop Connection. However you don’t always need Windows, and you just need a server with a GUI. On top of that, Linux servers are a lot cheaper. Read more… 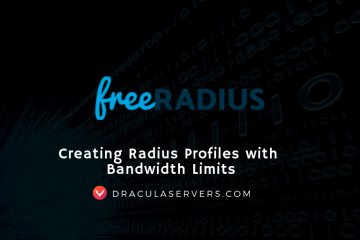 FreeRadius allows predefining sets of rules and assigning them to current or future users. Using the Attribute-Value pair, we can customize the rules of the authentication, authorization, and accounting. In this guide, we’re going to create Read more…

How to Zip and Unzip Files in Linux/Unix